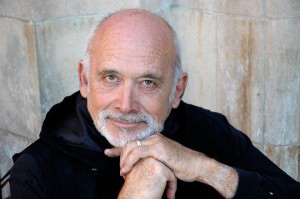 Kenneth Bell brings a wide range of musical experience to the Pacific Coast Concert Band, and has served as our conductor since 1992.  He is a versatile performer with a long history of musical achievement.  He served in the U.S. Army as French Horn instructor, concert band conductor and test development specialist at the Armed Forces Forces School of Music 1966-1969.  He has directed church choral programs on the East and West coasts for over 50 years, and has directed choir at Fallbrook United Methodist Church for 20 years. As a basso-cantante, Mr. Bell has performed over 50 opera roles and performed in oratorio, recital, off-Broadway and musical theater throughout the U.S., including New York City Opera,  San Francisco Opera, Chicago Opera Theater, Seattle Opera and Spoleto Festival in Italy.

He has performed with the New York Philharmonic, Musica Sacra, New England Bach Festival, Abbey Singers and was a member of the Waverly Consort for seven years.  He was assistant conductor to David Chase with the La Jolla Symphony Chorus for 25 years, and as a member of the music faculty of Palomar College, conducted the Concert Band in over 70 performances.